My Mother the Carjacker

Homer learns of his mother’s whereabouts, through clues that she leaves in the newspaper. When Mother Simpson returns to Springfield, she is quickly recognized by police and Mr. Burns, and is taken to court over her germ warefare sabotage from the 60s. With help from Homer, she is acquitted, but when she reveals that she used false names when visiting national parks, she is booked on forgery charges. Homer carjacks a bus and tries to help her escape, but, not wanting her son involved, she kicks Homer out of the bus and drives off. When the bus crashes, Mother Simpson is feared dead. But another subliminal newpaper message reveals otherwise. Guest stars Tom Kenny and Glenn Close. 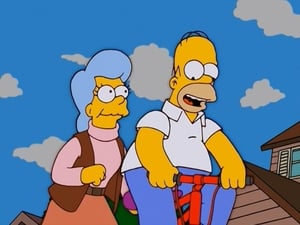