The Courtship of Miranda Sanchez

When Miranda falls head over heels for Ryan Adams after seeing him perform in drama class, Lizzie vows to do all she can to get them together. But when Miranda gets tongue-tied after meeting Ryan in the halls, she wants Lizzie to tell her exactly what she should say to him. At lunch, Lizzie hides in a garbage can and feeds lines to Miranda as she talks to Ryan. Miranda repeats everything exactly, even sneezing when Lizzie does. A bee stings Lizzie and puts an end to the charade. Miranda is disappointed after this escapade and is about ready to give up on Ryan. When Lizzie tries to explain things to Ryan, he gets it backwards and thinks Lizzie is the one who likes him and that Miranda was talking to him for her friend’s sake. Miranda thinks Lizzie betrayed her. But when Lizzie makes her come along and talk to Ryan one more time, Miranda realizes she was attracted to the actor rather than the real boy and she and Lizzie make up. Meanwhile, Gordo is getting tired of all the “”girl talk”” an 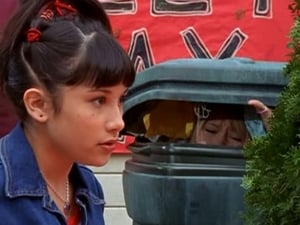